The New England Patriots beat the Bengals in our season opener - Patriots 38, Bengals 24.

Soundtrack For Today:  Armando Sciascia & His Orchestra
Posted by Chris Pickett at 5:05 PM No comments: 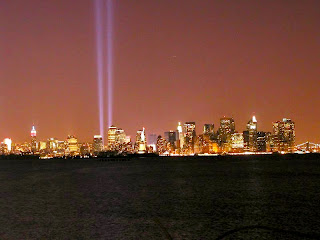 Posted by Chris Pickett at 10:38 AM No comments:

Katy Perry created the soundtrack to the summer of 2010!  She began the first day of summer in the #1 spot on the Billboard Hot 100 with California Gurls and this coming week, that song sits at #10 while her latest release Teenage Dream, clamps down the top 10 on the other end at #1.  Katy’s album Teenage Dream also rules the charts at #1 this week.

Hear & Now:
Brian Wilson Reimagines Gershwin with a new album of that title.  It came out last month and captures the rebounding Beach Boy at his most creative.  If you know songs like Rhapsody In Blue, They Can’t Take That Away From Me, or I Got Rhythm, try to re-imagine what they sound like with a “Beach Boy-ish” flair.
This album makes a bit of history as there are also 2 never-before heard and previously unfinished Gershwin pieces that Brian Wilson completed, courtesy of access granted him to the Gershwin archives.
Currently #1 on the Billboard Jazz chart, it's available through Amazon, iTunes and your local record store or visit BrianWilson.com.
Coming Soon:
John Lennon’s 70th birthday would have been next month on Oct. 9 and to celebrate, Yoko Ono has supervised the re-mastering of his solo catalog along with the compilation of a new box set and greatest hits collection.  Of particular note is a special stripped-down version of Double Fantasy, the 1980 comeback album Lennon completed just prior to his murder that December.  All are set for release October 5 on EMI.
Per The Beatles official website: “The Beatles’ original 1973 compilations, 1962-1966 (‘Red’) and 1967-1970 (‘Blue’) have been digitally remastered for worldwide CD release on October 18 (October 19 in North America).”
The U.S. and British versions of these albums differed slightly in terms of mixes chosen – no word yet if there will be separate versions again and in particular, whether the ‘Red’ album will have the James Bond intro. on Help.
Soundtrack For Today:  iPod on shuffle

Update: No 'Bond' intro on the 'Red' album.
Posted by Chris Pickett at 6:40 PM No comments: