2010 was a great year for pop music! In recent years, top 40 has seemed uneven but this year, the mix was much smoother.  So many genres of music seemingly merged into the realm of pop whether it was through collaboration like Taio Cruz & Ludacris on Break Your Heart or via consternation, as with the Taylor Swift / Kanye West-fest at the MTV Music Awards early in 2010.
Yet, despite the audacity and heartbreak of that televised event, the careers of both Swift & West continued to flourish during 2010 as Taylor Swift endured and released the acceptable & respectable follow-up Mine while Kanye continued to keep his name in the headlines and history books during a self-imposed sabbatical that concluded with the release of his ambitious My Beautiful Dark Twisted Fantasy, a Rolling Stone magazine year-end top pick.  On the Billboard 200 however, Swift gets the last jab as her Speak Now album sits comfortably atop that chart at year’s end.
At year’s start, Kesha Rose Sebert aka Ke$ha had already TiK ToK-ed her way to the top of the charts in 2009 and held on for many more weeks into 2010, resulting in the #1 song of this year.
Meanwhile, Stefani Germanotta, aka Lady GaGa is well on her way to becoming the next Madonna. GaGa’s 2008 debut Fame LP and 2009 stop-gap Fame Monster EP were, respectively, the #1 & #2 dance albums on the Billboard chart, collectively yielding more than a half-dozen chart-toppers & floor-fillers that will stand the test of time.  2010’s releases included Telephone f/ Beyonce, Alejandro and Bad Romance. Her highly anticipated follow-up LP Born This Way is due in early 2011.
At weddings and parties everywhere, I came to dance with Dynamite, another Taio Cruz hit and Hey Soul Sister by Train gave us the catchiest and perhaps most over-used song in commercials, resulting in an (unsuccessful) Internet petition requesting a cease & desist for such purposes.
Lady Antebellum crossed over the Mason-Dixon into pop territory with Need You Now and Michael Posner proved he was Cooler Than Me (even though I played his record a number of times.)
Alicia Keys hit it big with Jay-Z in 2009 and again on her own in 2010 with the rap & pop versions of the same song - Empire State Of Mind, not to mention her corresponding Element Of Freedom album going #1 this year.
Elsewhere, rappers continued to find creative ways to bridge the worlds of Pop & Hip-Hop to the point where the melding has virtually formed into its own nameless genre (I’d go with ‘Hip-Pop.’)  Eminem was Not Afraid to ride to the top of the charts and did it again when he teamed with Rihanna for Love The Way You Lie, the first of the 2-part drama, which concludes (?) in 2011.  Rihanna also redeemed herself on the dance floor quite nicely since 2008’s Disturbia with Only Girl In The World.
Side-stepping 9/11 implications, B.o.B. and Hayley Williams flew us in Airplanes while Pitbull revived Enrique Iglesias’ chart life with I Like It (which also offers a tip of the hat to Lionel Richie’s All Night Long in the lyric.)
Bruno Mars revealed himself to be not only a talented songwriter with hits like Travie McCoy’s Billionaire and Cee-Lo Green’s unspeakable yet humorous ode to love lost (aka entitled) Forget You but he also became a solid performer in his own right.  Bruno is responsible for the best romantic ballad of 2010 with the performance of his own chart-topping composition entitled Just The Way You Are and is poised to take over the #1 spot again in January with his follow-up Grenade.  Bruno hails from Hawaii and seems well schooled in the classic pop-song writing tradition. I’m sure we’ll be hearing much more from him in the years to come.
But it is Katy Perry who ultimately had the best year ever as she continued to prove herself an enduring force by dominating the summertime airwaves with the #1 hits California Gurls (f/ Snoop Dogg) and Teenage Dream.  Mrs. Russell Brand also got married this year and is rumored to be changing her professional name to Katy Perry-Brand in 2011.  KP also had other catchy hits with If We Ever Meet Again, a collaboration with Timbaland and she also sews up the charts in the final week of the first year of this new decade with her third #1 single of 2010 - Firework.
Finally, let us not forget what will be perhaps the most enduring dance floor anthem for many years to come: I Gotta Feeling by Black-Eyed Peas holds this year’s distinction of charting on two consecutive year-end charts (2009 & 10) and subsequently, in two different decades.
So, just before midnight tonight, Raise Your Glass to Pink's anthem and ring in the new year - I gotta feeling the best is yet to come!
Soundtrack For Today:  Auld Lang Syne & Rock Around The Clock
Happy New Year from djChrisPickett.com – Soundtrack To Your Next Event!
Prediction for 2011:  There will be a song that references and/or entitles itself about living your life out on Facebook. Most likely a country song.
Posted by Chris Pickett at 2:26 AM No comments:

Here's a century-back look at #1 songs on the 1st day of winter:


What a difference 100 years makes!  How many titles/artists do you recognize?

Posted by Chris Pickett at 12:21 AM No comments:

Singer, songwriter, actor, performer.  Congratulations to Neil Diamond for his long overdue induction into the Rock & Roll Hall Of Fame!
Soundtrack For Today:  Neil Diamond: His 12 Greatest Hits
Posted by Chris Pickett at 9:03 PM No comments:

"In case the folks missed the earlier news flash, ABC news has confirmed..." 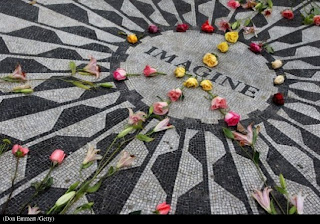 Posted by Chris Pickett at 11:36 AM No comments:

Posted by Chris Pickett at 7:04 AM No comments: