Happy 60th to singer Natalie Cole.
Natalie has a long string of hits in her own right but one of her most unforgettable hits is the 1991 “duet” Unforgettable, which, with a bit of studio wizardry, she recorded both with and as a tribute to her late father, Nat “King” Cole.

Nat King Cole’s original version charted at #12 in 1952. It became one of many signature songs over a career that began when he was 17 and was still climbing when his unexpected and untimely death from lung cancer in 1965 at the age of 45, left a stunned nation with only echoes of those lazy, hazy, crazy days they were in the midst of at the time.

Natalie’s decision to record an album of her father’s standards was a departure from her R&B flight path. But it turned out to be a phenomenal success, showcasing that she not only had the chops to cover her father’s work, but that she made them her own as well.

The album itself, entitled Unforgettable: With Love went to the top of the charts, giving Natalie her first and only #1 album to date (for 5 weeks) and it also won her 2 Grammy Awards for traditional pop vocal and album of the year.

As for the duet with her father, his vocal track originated from his 1961 version and the finished single climbed almost as high as the 1952 version, reaching #14 during the summer of 1991.

The seamless hand-off and mixing of verses rekindled the fond memories that 1960s America had for Nat King Cole and cemented a bridge between generations that still stands today every time Unforgettable fills a dance floor.

Soundtrack For Today: Unforgettable: With Love by Natalie Cole 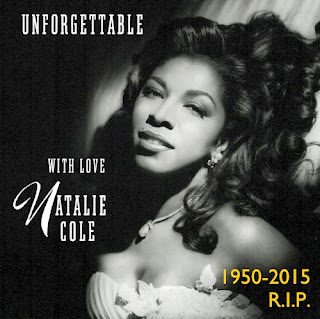